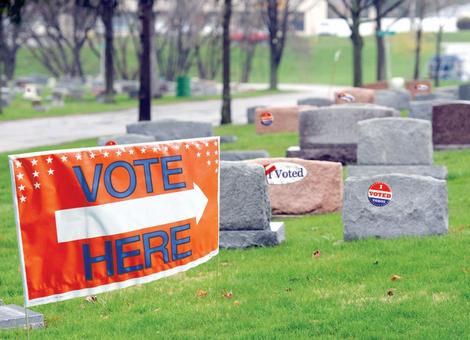 From the  "Guys who Vote Pretending to be their Dead Mother File:"

A Norwalk man has been charged with allegedly casting votes in three elections on behalf of his mother who had passed away, the Los Angeles County District Attorney’s Office announced yesterday in a statement to members of the media.

Caesar Peter Abutin was charged in case BA488819 with one felony count each of fraud in connection with votes cast and fraudulent voting. He pleaded not guilty today and is scheduled to return for a preliminary hearing setting on October 28 in Department 50 of the Foltz Criminal Justice Center.

The case was filed for warrant on July 31.

Between October 2012 and November 2014, Abutin is accused of voting in three elections, claiming to be his 67-year-old mother who passed away in July 2006, while also casting votes for himself.

If convicted as charged, the defendant faces up to three years in state prison.

The case was investigated by the District Attorney’s Bureau of Investigation with the assistance of the Los Angeles County Registrar-Recorder/County Clerk’s Office.