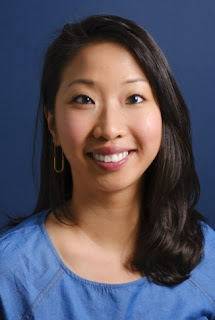 The Los Angeles Press Club has issued the following statement regarding the arrest of journalist KPCC/LAist reporter Josie Huang on Saturday night in Compton after two deputies were shot in an ambush style attack earlier in the evening.

I have been a proud member of the LA Press Club for the past decade and journalists have rights in covering news events as they unfold.  We have watched "fake" journalists live streaming for months in Portland and Seattle, and while you have a camera and a live stream, it doesn't make you a journalist.  So with that being said...here in the statement from the LA PRESS CLUB that was sent out late Sunday night.

"On Saturday night, Los Angeles Sheriff’s Department deputies attacked an innocent person and the Constitution of the United States.

Video recordings leave no room for doubt about the misconduct by the LASD personnel against KPCC/LAist reporter Josie Huang, who was doing her job and documenting protests and arrests in Lynwood, CA.

It’s also deeply concerning how deputies treated evidence during the incident. Video shows them abusing the recording device being used by Huang, which they later left unprotected on the public street. At best, this appears to be extreme negligence in their handling of evidence. At worst, they may have been attempting to destroy evidence and suppress journalistic recordings.

The Los Angeles Press Club strongly condemns these actions and demands that LASD and the deputies involved provide a public apology to the victim. We also demand that LASD ensure that all charges against Huang are dropped. We join AAJA-LA, SPJ/LA, and the Los Angeles journalism community in this stance.

We are also asking LASD to provide assurances about tangible steps the Department will take to prevent anything like this from happening again. That includes an assurance that they will not put out misleading statements as happened in the hours following the incident. We also invite LASD to have a dialogue around the process they use to identify journalists, including what credentialing means in a Constitutionally protected profession. We want to support a healthy, constructive relationship. Both law enforcement and journalists should be held to a high standard, and both should welcome earnest questions and dissent about their roles.

That role of law enforcement is critical in a civilized society. The public expects them to maintain safety, protect people, enforce laws, provide reliable information, and de-escalate dangerous situations. It’s clear that the deputies involved failed all of these basic standards during the incident at St. Francis Medical Center around 11 p.m. on September 12, 2020.

Videos and photos from that night show that officers aggressively arrested Huang while she was recording the arrest of a protester. This alone was a violation of her First Amendment rights as provided by the U.S. Constitution. At no time did she interfere with the arrest. At no time did she take any action that any reasonable person could construe as a threat to the deputies. When deputies approached her, she clearly identified herself as a member of the press, and clearly identified that she was working for a prominent newsgathering operation that is a pillar of the Los Angeles community.

At least five deputies were recorded handcuffing Huang and causing her physical injury, and recordings capture her screaming in pain. This is the second time LASD has been involved in causing physical harm to a reporter from the same outlet who was simply doing their job in a responsible, legal and Constitutionally protected manner.

It is especially tragic that this occurred in the wake of a horrifying attack against LASD deputies just hours earlier. Our hearts go out to the two deputies who were shot while in their car as they did their job and we join the prayers for their recovery. We condemn the actions against these deputies. Violent attacks of all forms are wrong, inexcusable, and have no place in our world