FOR ALL THE LATEST DETAILS ON THE ARREST OF KINDE DURKEE VISIT THE LOS CERRITOS COMMUNITY NEWS ONLINE BY CLICKING HERE!


FBI: INDICTMENT ON CAMPAIGN TREASURER KINDE DURKEE COULD BE “TIP OF ICE BERG” 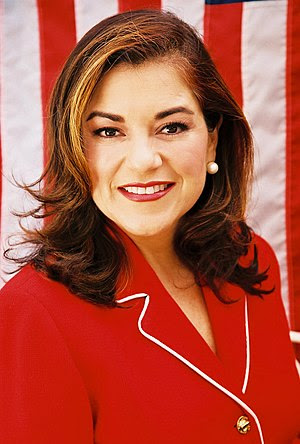 Santa Ana, Ca
Kinde Durkee, the embattled political accountant for hundreds of politicians here in California will be arraigned on at least one felony account of mail fraud this aftas ernoon inside a Santa Ana Federal Court House the Los Cerritos Community News has learned.
The victims include United States Rep. Loretta Sanchez and Assemblyman Jose Solario, both Democrats out of Orange County.
The 17 page indictment states that Durkee “intended” to defraud Jose Solario and the Solario of State Assembly campaign in 2010.
The Los Cerritos Community News has learned that Durkee allegedly transferred money out of Solorio’s account and placed it in her own “personal account without “the victim’s knowledge.”
The complaint also states that Durkee has “signature” control over 400 different campaign bank accounts and that she “routinely” transferred money out of these accounts “without the knowledge” of the candidate or elected official.
The complaint alledges that Durkee transferred funds from campaign accounts to pay for her own “personal American Express charges and bank accounts.”
The complaint also states that Durkee admitted to federal investigators that she had been “misappropriating her clients money for years, and that and forms she filled out with the state were false.”
In the indictment, it also claims that as much as $300,000
In an interview with members of the FBI and US Department of Justice this morning, the Los Cerritos Community News was told that this case could become "the tip of the iceberg" and that many other indictments could follow.
According to spokesperson Laura Eimiller, with the Los Angeles office of the FBI, Durkee was taken into custody last Friday at around 4:15 p.m. “without incident” at her Burbank office of “Durkee and Associates.”  The veteran political consultant and campaign treasurer represents hundreds of well known and local elected officials throughout the region and California.
It is not known at this time how many elected officials and candidates may have fallen victim to Durkee, according to Steve DuPree with the United States Justice Department.
“This is a serious criminal case, which is still in the early stages,” DuPree said.
The Los Cerritos Community News will be following this case, and will provide more details.

NOTE:
6:06  PST
Sunday, Sept. 4, 2011
I have had dozens of news outlets, and blogs, and other social media sites use information in this below post, even as far away as Norway and Japan within the past few hours.  If you use any of these details, please attribute them to the following:  "Information from Randy Economy, www.Economy4ABC.Blogspot.com!"  I have a tremendous about of additional information, and I will be updated my readers during the next several days, and weeks.  Thanks for your support, and READERSHIP!  Dontcha' just love "slow" news weekends. There is nothing
"Democratic" about the Democratic Party here in California!
Randy Economy

Well, well, well. Life and politics. Sooner or later, it always catches up to you.
Thrilled that the FBI has FINALLY arrested Kinde Durkee of Durkee and Associates who is one of the biggest political treasurers in California and is now BEHIND BARS.  Lots of buzz around the case. Story is breaking all over the Left Coast this "Democratic Labor Day Weekend."
As soon as I can get my hands on the arrest report (may not be available till Tuesday) I will post them here on my blog.  Wonder who is next?  Who are her clients? I put together a list of Durkee and Associates clients ( :   The California Democratic Party, the Los Angeles County Democratic Party, the Orange County Democratic Party, US Senator Dianne Feinstein,  yada, yada, yada.

If you are a politician in California, you MAY want to consider the fact that she actually controls your campaign committee and YOU probably want to check your account balances ASAP. Just sayin.... Wonder how many people are going to "go down" in this case?   This could become another "Whose Who Of Politics" pointing fingers in everyone else's direction.


She even has a "Facebook Fan Page!"  Yep.  Only 56 "Likes" for this group. Have you been burned by Durkee and Associates?  Hit my comment section below and SOUND OFF....! Here is a list of just "some" of the Federal Campaign Committees Kinde controls here in California.  Source is the Federal Election Commission (in case you are a "fact checker.)

*No Thanks Kinde.  I will pass on this one.

Can you IMAGINE what the FBI must have FOUND on her COMPUTERS? EMAILS? Holy crap. THIS IS GOING TO BE THE BIGGEST political SCANDAL in CALIFORNIA HISTORY....you just wait and see.

Also, glad to see the OBAMA FBI take DOWN Durkee.

I ran for LA City Council a few years ago, and she totally took over my finances and it was the WORST mistake I EVER MADE in my LIFE. I lost, and now she is in JAIL! Ha HA HA!

Don't get your hopes up folks. This story will get buried quicker than the media dumped it last night. Arrest late Friday of a three day weekend. Report released Saturday afternoon and news articles that appeared on the SF Chron and SacBee websites are gone already. Big media is going to bury this one as deep as they can. Way too many questions about what really happened to all that nice money. And what it bought.

Talk Radio is going to have a field day with this for weeks.

Remember what Deep Throat said, "Follow the Money" And with the speed that this story is disappearing down the memory hole I'm starting to wonder if some of that nice money went to media guys and gals.

I ran for State Assembly around 10 years ago and I ended up getting fined because of her "reporting practices." She has too many political bosses on her side. Wonder if she is going to turn "states evidence" and point fingers....

I love THREE DAY WEEKEND ARRESTS like these. Makes for a LONG LONG weekend for political crooks. Enjoy the Peanut Butter and Jelly Sandwiche, K!

I am a reporter in Breukelen, Utrecht, Netherlands. I want more information on Mr. Durkee. How can I contact you, Mr. Randy?

What GOES around in POLITICS... COMES AROUND in POLITICS. So so happy this is FINALLY coming OUT in the OPEN. This firm has been breaking laws for years. Thanks for the update on her "client list."

I am a reported for Fox News here in Nashville area. Thanks for the information, Mr. Economy.

One commenter wonders if money funneled to media. Wonder instead if it is funneled back to client. They can't touch it any other way if they don't file a statement as to how they spent it

Politicians don't get rich on their salaries alone.

Spend a day in Sacramento, as I did once, reading about the many fines levied for fraudulent campaign spending. Start with your own City Council and work your way up. It is tedious work, but it tells you how the white collar criminal rose to a Congressional seat. And earned himself a little pension from being on the Planning Commission on up.

We had a local city council person who reported a lavish Victory Party at a 4 star hotel - Open Bar pouring top label liquor - baron of beef, cracked crab,hot and cold canapes - EVERYTHING. At a reported cost of $200. The hotel had "paid off" for a favorable measure pushed by this person.

I called the hotel and described exactly what was served at this event and said I was planning a wedding reception - got a writren estimate. from them for my "event" . - - several thousand dollars. Went to Sacramento, printed out the filing for this council person's event and nailed the person who had to make an amended report and pay up.

It's all a matter of public record. But the public, sadly, is home watching American Idol.

Is she out of Jail?

Poor Financial Practices by Politicians
How can you trust Feinstein et al to handle trillions in tax payer dollars when they can't even properly handle hundreds of thousands (Sanchez and Solorio's case) or millions in Feinstein's case?

Are you politicians so careless with money you can't even follow the basic accounting internal control of 2 signatures on any check? One from your treasurer Durkee and one from your own campaign chair?

Talk about basic stuff... I don't think Feinstein and Sanchez are qualified to handle the trillions in US taxpayer dollars that is required of a competent Congress person... Solorio: No wonder the state budget is in the condition it is in...

You should all resign for incompetence...